Bringing Inside Sales Into Marketing – Article 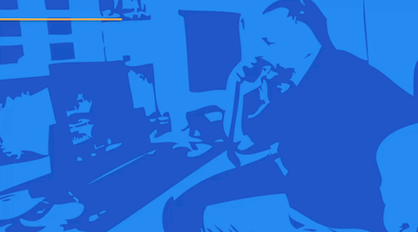 Lee Anne Wimberly,  Director of Marketing at Knowlagent, shared with us the positive impact of bringing an inside sales team into marketing and the marketing process they put in place to ensure success and predictability.
“If I think about one thing that made a big difference in the effectiveness of marketing, it would be bringing in a Lead Generation Team.  You can create a ton of leads, and they may not go anywhere,” Wimberly explained.

She went on to explain that before they had a lead generation, sometimes referred to as inside sales, team they did not know enough about what happened to leads. By bringing in a lead generation team, they can determine lead quality as well as ensure follow-up happens. “The way that came about is that we did this large webinar series with a partner, and we would create these huge amounts of attendees on a webinar, and we would split up the leads.  We would both go home with our leads.  The partner would close deals.  We would still be waiting to find out if someone got followed up on,” Wimberly told us.

The difference was that the partner had a lead intake process.  They had a team that was waiting for those leads, and Knowlagent did not.

According to Wimberly, a focus on process is one of the best skills to have in marketing right now or, at least, if you want to manage a marketing effort.  She stated that there always have been lots of “creatives” in marketing, which is important, but the closer we get to sales or the more accountability marketing wants, the more predictable marketing has to be.

“We need to have processes, and I feel that is probably where at least smaller marketing teams are probably more lacking.  So we have spent a lot of time on trying to develop processes. Where they started was with the Lead Generation Team.  We had to be very defined in how we did that, and so it grew from that,” Wimberly explained.

Knowlagent’s marketing processes provide a lot of value to the team.  The metrics they have put in place help identify where there might be issues.

“Just having a process will not make you successful, because you could have a great process for really bad marketing.  But if you have the process, at least you would start to see where the holes are, where the process is breaking down,” said Wimberly.

“We started with one person on a contract basis.  So, the metrics for that were pretty simple to start.  We started with appointments.  How many appointments could a Lead Generation person set?  What was the conversion rate?” explained Wimberly.

Wimberly’s team defined the metrics they would use by asking themselves, what are the expectations?  They defined the number of calls, the number of emails and the time-frame that would follow a lead entering the queue.

They then defined what would happen after an appointment was set.  They created a no-value stage opportunity when an appointment is set because at their organization opportunities in Salesforce get more visibility.

“An opportunity is more than an email or an appointment on your calendar.  But we do all three,” stated Wimberly.

Next, the lead passes to the salesperson and an appointment is set on their calendar.  Once the appointment date is passed, the process requires the salesperson to update whether the appointment was held, was a no-show or that it needed to be rescheduled.  Then they either move the lead to the next stage or document why it was not qualified, all managed via other fields and stages in Salesforce.

After the salesperson has made their updates, someone from the lead generation team reviews the lead to ensure that sales is adhering to the process.

Wimberly emphasized that having an inside sales team in marketing made a huge impact.