How Preparis Is Building A Predictable Revenue Cycle 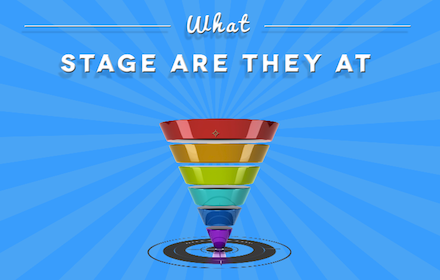 Nate Kristy, Vice President of Marketing at Preparis, shared how Preparis has worked to build a predictable revenue cycle over the past six months.

Preparis is an Atlanta-based software and services company in the emergency preparedness and business continuity industry.

Kristy explained that the company has been around for seven years and has followed a lot of textbook evolution for a software company of that age.

“We started out with our CEO and President being our primary sales force and from there evolved into hiring a dedicated sales team that managed the pipeline – from creating demand all the way to closeand implementation at the client level. But as we evolved and our pipeline of active opportunities grew, it was difficult for the Sales team to maintain the level of lead generation and cultivation necessarily to backfill that pipeline, so we would find ourselves closing out opportunities and then feeling light in terms of new ones to replace them.”

Kristy went on to explain that Preparis needed the data tracking capabilities required to build its pipeline in a sustainable way.

“You had folks who were managing huge, million dollar pipelines, but where these leads were coming from, how they were going to be closing, et cetera, was all up to them. In some cases, the corresponding data was in our CRM system, in others cases in their notebooks, et cetera. As we started looking at growing this business, and really adding in a disciplined marketing structure, that was not an approach that was proving to be very scalable.”

They increased their dedicated focus on cultivating new leads, defined at the time as anyone who was willing to talk Sales.  Beyond what the prospect would proactively share, there was limited qualification done at that time.

“We tracked outbound marketing activity and that proved to make itself scalable through this measurement. As that lead generation function became more successful, it was able to convert more and more interested parties over to Sales. The downside to that was, because of the limited qualifying process, the Sales pipeline was becoming inflated with unqualified opportunities and you had the classic scenario of Marketing saying, ‘we’re giving you lots of opportunities; you’re not closing them,’ and Sales saying, ‘well, you’re not giving us very good deals,’ and everybody’s pointing at everybody else,” stated Kristy.

Over the last year, Preparis took a look at what was working and what wasn’t so that they could achieve more accuracy and predictability in their Sales pipeline.

They moved to what they refer to as a lead-to-revenue cycle, designed to make their revenue more predictable and broke out roles and responsibilities around four key functions.

“I call it predictable because we’ve really focused on data and metrics in expected returns: for this many number of phone calls we make, this is the expected return that we get back. We like that, one, because it makes us predictable, hence the term, but it also makes it scalable. We’re better dialing in on determining if we invest x number of dollars in this channel or add this amount of head count, we should get an expected return of y.”

The next bucket in that cycle is Lead Development and its role is lead education and qualification.  This stage helps educate the prospect on the value proposition and the product to determine the fit with a prospect.

“Oftentimes our buyers are not solely dedicated to emergency preparedness or business continuity in terms of their role, so we have to do a little more work on the education side in what we’re all about here. So that lead development role does that work through product tours, nurturing prospects with content and drip marketing, etc.,” explained Kristy.

Once lead development has determined the lead is qualified, it is handed off to Sales, which follows their process for deals that would be expected to close in 30, 60 or 90 days.

“We’re big on data tracking here in the name of predictability; we want to know how many conversations a lead development person needs to have before something becomes an opportunity. We want to know what nurturing queue to put people in and for how long if they’re not ready to become an opportunity, and we try to keep as data-driven as we can through the lead-to-revenue cycle,” stated Kristy.

The last piece of this cycle is Client Success – instead of having account representatives manage the product implementation period, Preparis has a team dedicated to client success manage it.  This team handles both the implementation and organizational adoption, eventually gathering customer referrals for future campaigns.

Kristy pointed out that many organizations have the Demand Generation and Lead Development functions combined into a single role.  While Preparis understands the logic, they believe their process is more efficient today by splitting them due to the different skill sets involved.  Demand Generation is based around outbound e-mailing and warm calling activity and it has its own set of necessary skills and associated performance metrics. On the other hand, Lead Development is focused on education and qualification through relationship-building and, which in turn has a different set of expectations.

“From a career-pathing standpoint, we find it a great option to hire people into the Demand Generation function, teach them all those outbound marketing skills and then, as they learn more about the product and prospecting through that role, they graduate up to Lead Development where then they can learn even more presentation and, qualification skills, and then from there… move on to Sales.  So, from an HR or an employee development perspective, we find this structure really gives our people places to grow into,” stated Kristy.

Preparis finds great importance closing the loop and sharing internally how a client implemented its technology and consulting services.  They relay this information back to the initial Demand Generation representative which helps them be more articulate and insightful on their calls.

Kristy explained, “If they’re talking to a prospect such as an administrator at a law firm, they can then say, ‘well, you know what? We actually just implemented with a similarly sized firm just last week and let me tell you what they did.’  .”

Preparis has been implementing this program over the last six months and early results are encouraging.

“We’ve seen a 10% growth in volume of new opportunities for Sales. But that figure is almost apples to oranges, pre- and post- this implementation.  Pre-implementation we were not consistently qualifying opportunities before they went over to Sales. Today we are. If we had stayed with the previous process and just focused on generating absolutely as many people as possible for Sales to talk to, we would have more than doubled that figure,” said Kristy.

“We now better understand where our lead-to-revenue process is scalable and can more intelligently plan marketing resources, channels and tactics. We can more accurately predict expected revenue based on how the demand generation and lead development team is performing.  We believe in continuous improvement at Preparis so we will be forever looking for ways to improve our ratios and metrics, but the early success of our lead-to-revenue process has given us more than just improved numbers – it’s given us a structure to grow from.” said Kristy.