How to develop the voice of your brand’s content 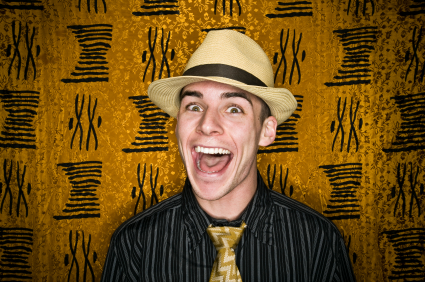 Every brand’s content needs a voice, but creating a voice for a brand that is made up of many contributors isn’t an easy task.

What was his response?

How was the Funnelholic voice developed?

“I didn’t really mean to build it. I just wanted to make sure that I was myself,” Rosenberg stated.

Rosenberg explained that early on when he created the Funnelholic blog, he was in the midst of running a media company and worked with an editor who was helping him get started with blogging. When Rosenberg asked the editor what he should do, his colleague told him to be himself. The editor told Rosenberg that being himself may end up being edgy and that’s okay.

“His main point was be yourself because that scales. If you don’t, that’s really hard. You have to always be thinking about who it is you want to be,” explained Rosenberg.

Early on, Rosenberg was really natural and approached the blog in a way that felt really comfortable for him. Since it is his real voice it hasn’t always been really hard to maintain. Rosenberg stated that there are times where actually the opposite happens and he has to be careful not to be too sarcastic or negative.

“Sarcasm is how I talk in real life. That doesn’t always play in a blog,” said Rosenberg.

There have been a couple of cases where people have come onto the comment stream and really lit Rosenberg up for sarcastic statements. After the fact he understood why they were upset because he was not really being helpful. So, sometimes he has had to check himself from being himself but keeping the voice of his blog has not been hard because it is real.

How does a company develop a voice?

“I think most content marketing is still evolving and if you want to stay ahead, you focus on being helpful, prescriptive and open as possible with your readers,” replied Rosenberg.

Rosenberg went on to explain that in most cases, companies have a lens they’re looking through that’s unique. Companies are exposed to their client’s unique problems. Companies have people that are working with clients, picking up really interesting stories, pains and challenges, so there’s always an opportunity to come up with content that people really care about. He said that if your company doesn’t have a differentiated way in which it helps people, then you have got a lot of bigger problems than content.

In a really competitive content marketing segment, Rosenberg suggests spending the time to understand your buyers. What do they do? What are their challenges? What do they care about? How do they buy? He said he always recommends creating a buying process map. A buying process map is similar to a sales process map, but instead of sales steps it has the steps buyers go through from their point of view. Rosenberg said if you can really understand the buyer’s steps, then you can create content that resonates with them.

“There’s always room, always room to be better at talking to your audience than your competitor. There just is. There’s proof everywhere on the Internet that David can take down the Goliath. It’s all about figuring out what your buyer really wants or what they don’t know today,” stated Rosenberg.

Rosenberg explained that your customers are always going to have problems about which you can create content. He suggested not getting hung up on whether a topic has been written about before. Those older pieces may get better rankings on Google but they’re not currently being shared as much. He described a recent Funnelholic post that he was hesitant to create about content marketing stats.

“I did a Google search. There were hundreds of posts about content marketing stats, but they are gone; it doesn’t matter. If you’re doing the right things from an online marketing perspective, collecting emails, interacting with people on social and staying current you don’t have to worry about topics being done before,” shared Rosenberg.

Even when a topic has been written about before, if you can add your own voice and add your own information, helpful tips or best practices that relate directly to your buyer, you can still tackle topics that have been done before. The key is how you speak to your buyer; do you understand them and are you consistently providing them with information that’s really helpful to them? He said you have to be sure you’re not just out there creating blog posts that only matter to you such as press releases or product releases.

Rosenberg said he often hears from clients who are meeting with their sales team and services team uncovering stuff that the client’s buyer needs. The frontlines are uncovering new challenges. Sometimes they are challenges that have been written about before but the client has a unique need and viewpoint. Rosenberg stated, if you uncover a unique challenge, create content for it.

Does an edgy voice work well for brands?

“There’s a lot of companies that can’t talk to people the way I have in my blog. On the other hand there’s a lot of ways for your writing and your speaking to be really human and natural and helpful to people,” replied Rosenberg.

Rosenberg said he typically recommends that companies focus on being as helpful as possible. Prospects read content if it really helps them and if they can use the information to do their job better. He said the best approach is to be as prescriptive, open and human as possible. When you are creating the content, worry less about what product marketing is going to think about how you position things and worry more about whether this is something that can help your prospects do their job better.

“Focus on being helpful, human and prescriptive. That’s the best thing you can really do. Ultimately, that will make you more readable. I always tell people that if you want to play, play with titles, play with format, play with design, said Rosenberg.

Rosenberg further explained that design is something that can be really entertaining without being edgy. It can be done in a very professional and compelling way that doesn’t put your company’s reputation at risk.

How does the Funnelholic maintain one voice across many contributors?

Rosenberg said he’s built lots of content using a variety of expert thought leaders and contributions. From a blog perspective he’s tried interviews and it didn’t work well. It came across as very serious; there were couple of funny questions but overall the interviews were more serious than the Funnelholic post should be. Interviews just didn’t fit into the Funnelholic voice.

He felt it was important to ask thought leaders and contributors to participate with the Funnelholic in a way that wasn’t too time consuming. Instead of asking them to write a guest post, he created a content piece called Mad Libs. The Funnelholic Mad Libs are a series of twenty unfinished sentences that contributors and thought leaders would complete. It was a fun and different way to generate content and involve contributors. Rosenberg explained that it didn’t require contributors to write a full guest post. It was something that they could do really quickly. It fit his voice because it was funny.

The other tactic Rosenberg said he has found to be successful is to reach out to folks and ask them for just a few sentences or in some cases, a paragraph. He’ll pick a topic and ask people for a quote. He can create a blog post in just four hours by putting together all the quotes. He has tried asking people via Twitter, but it didn’t work well. You have to reach out to people. Send them an e-mail asking for a quick hit. This way people contribute but Rosenberg controls the final piece and overall voice. He said he has also created white papers with that model. You just have to reach out to a lot of people.

The key is not to ask people to write a lot, unless you plan to pay them. Do not ask people to write several pages. He has tried that before and found that it can be difficult to get people to sign up. On the other hand, if you just ask them to do a paragraph or sound bite it’s easier to pull together.

“I’ve always searched for creative ways to involve contributors. There are two rules for me. One is keep it fun. The other is keep it easy. Obviously, I guess there is a third, which is maintain positive relationships. Do lots of things for other people,” Rosenberg said.